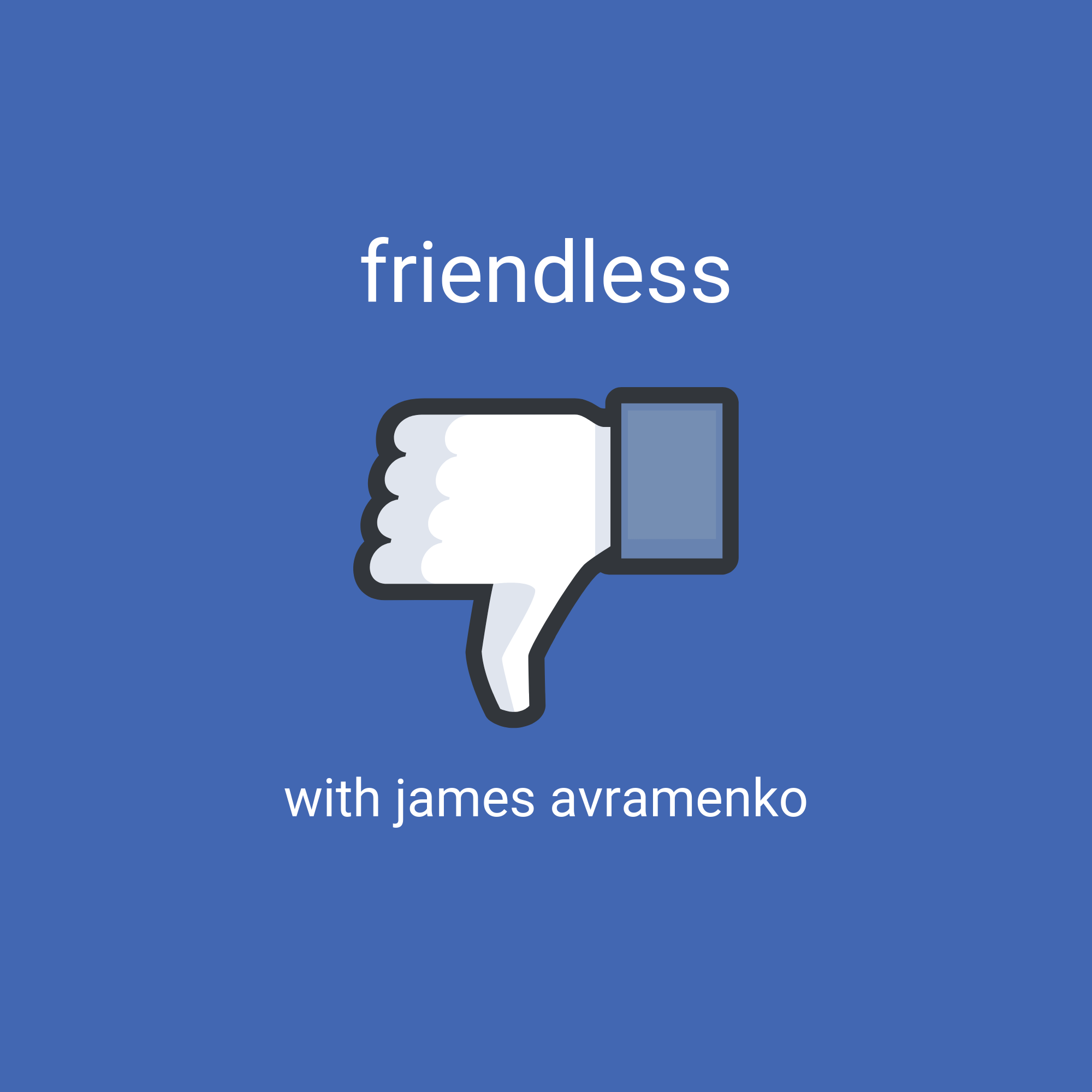 Friendless
Host James Avramenko is on a mission to have no friends on Facebook. Every week he's interviewing one friend off the site. They discuss their past, their ongoing relationship and how they interact with the modern world of social media. In the end, they unfriend and decide how (or if) they'll try to stay in touch going forward.
Download
Share on facebook twitter linkedin email
Episode 45 – Skye Brandon 2
by James Avramenko

We talk Shakespeare, drinking buddies and the arduous process of getting a Masters.

Thanks always to the Saskatchewan Podcast Network and Conexus for presenting Friendless.

A podcast about losing friends, one hour at a time